Landing an Agent this Summer, or Not

It has been a while since I’ve written about my writing journey, and I wanted to share with you what I’ve been doing this summer. 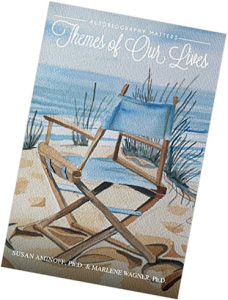 First, I got an essay published in a book which is available for sale on Amazon! The book is called Autobiography Matters, Themes of Our Lives, and the name of the essay is “The 1.5 Generation.” It’s what sociologists call someone like me:  immigrating to a country before my teens, living in two worlds at the same time, and being caught in between old and new, tradition and change. There are lots of other essays in the book based on an autobiography writing class I took where we wrote and shared brave, daring, and sometimes painful details of our lives. I hope you will purchase the book!

Aside from celebrating the publication of my essay, I made a second full edit of my book, Echoes Across Time, polished up my book proposal, and just recently wrote my first few query letters hoping to land an agent.

What is a Query Letter?

Writers who want to get a book published by a traditional publisher will typically send out query letters to agents who will help them sell their books to publishers. My book coach and I came up with a list of  agents who might be a good fit for my book by using personal contacts, and websites like AgentQuery.com that help you search for agents based on your book genre.

We made a spreadsheet of possible agents, described the kinds of books they like, what the submission requirements are, the agent’s contact information, and any other personal information that might be helpful to make a connection.

I also researched how to, and more importantly, how NOT to write query letters. Here is a sample query I came up with for Echoes Across Time.

I learned on your website that you enjoy multicultural books, and have a special affinity for authors who are outsiders or have immigrant parents. My memoir, Echoes Across Time, shares these characteristics, and that’s why I believe you might be a good fit for my book. It is the true-life saga of three generations of a Korean family whose search for love and belonging unfolds on a stage where world-shattering events toss them from Japan, Manchuria, Korea and eventually to America.

What if you had to decide between keeping your son, or going to war? Echoes Across Time begins with the voice of Soongdoh, a single Korean mother living in Japan during WWII, who must makes a bold, life-changing decision when she discovers she must serve as a nurse for the Japanese army in Saipan. Soongdoh assumes a new identity, kidnaps her own son, escapes to Manchuria, and forever changes her fate, her son’s, and that of generations to follow. The book then shifts to the voice of Soongdoh’s son, Soonho, who survives war, poverty and racism from the time he was a young boy, and dreams of coming to America where he is certain he will have a better life. The story continues in my voice, Soonho’s daughter, who grows up in the U.S. straddling two cultures, juggling diverging familial and societal expectations, and eventually marrying a Caucasian man and raising biracial children. I explore the legacy of my ancestors and my place in a modern, integrated world my grandmother could never have imagined.

While the Korean population in America is growing, and there is a demand for Korean entertainment and products, there have been very few books written about the Korean American experience. Other Asian American authors, such as Celeste Ng, Amy Tan, Lisa See and Jhumpa Lahiri have written successful novels and memoirs from their own cultural perspectives. In fact, Lisa See’s memoir called On Gold Mountain about her Chinese American family just recently debuted at #2 on the New York Times e-Book Bestseller List. Echoes Across Time fills the need for a modern Korean American female voice. This story will offer inspiration and perspective to generations of Korean Americans, Asian Americans, mothers, and students of ethnic, immigrant and world history.

I am a lawyer, mother, and community volunteer. An essay based on Echoes Across Time was published by the University of Southern California in its book titled Autobiography Matters: Themes of Our Lives, in June 2015. This is my first book. May I send along the manuscript and proposal?

Thank you so much for your consideration.

Ironically, the definition of “query” is 1. Question, 2. Doubt. By writing query letters to agents, I am inquiring about possible literary representation. But it’s also true that “query” can mean doubt. Questioning. Wondering. Will an agent like my work? Is my writing worthy? Do I have what it takes? Uncertainty is in the air and life is full of doubt.

What do you think of my query letter?  Have you had to write something similar? Leave me a comment below

This summer has been an unusual time in my writing journey because it is unpredictable, unstructured and distracting. It has also been delightful, with all the possibility of new beginnings.

In the meantime, I have enjoyed vacationing in Mexico (Land’s End in Cabo), going to a Dodgers game with my kids, attending a couple of outdoor music concerts featuring new singers (Ed Sheeran) and old (Peter Frampton), and listening to an inspiring conversation with Judy Blume, one of my favorite childhood authors. Otherwise a typical, fun summer.

Except, the part about landing an agent. Will I or won’t I? To be continued…. 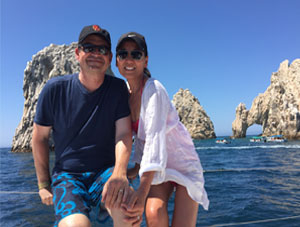 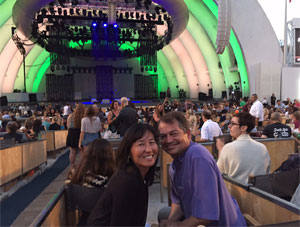 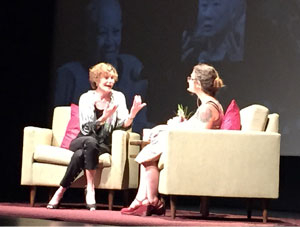